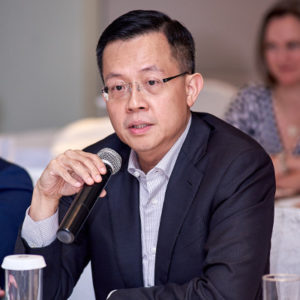 Leo Yip joined the Singapore public service in 1982 as a police officer. He holds degrees from Cambridge University, Warwick University and Harvard University.

In 2000 he was appointed Principal Private Secretary to Senior Minister Lee Kuan Yew till 2002 when he joined the Ministry of Manpower (MOM) as Deputy Secretary. He served concurrently as Chief Executive of Singapore Workforce Development Agency from 2003.

Mr Yip was appointed Permanent Secretary of MOM in July 2005. He was concurrently appointed Deputy Chairman of the EDB in 2008 and became full-time Chairman from 2009 to 2014. 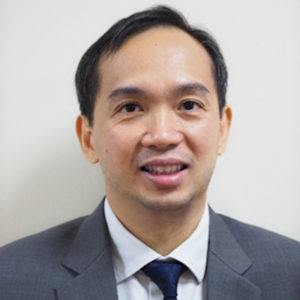 Mr Tan Kok Yam is the Deputy Secretary of the Smart Nation and Digital Government Office (SNDGO), in the Prime Minister’s Office. In this role, he is responsible for the plans to realise impactful projects for Smart Nation, raise quality and inter-operability of Government IT and Smart systems, grow ICT-related capabilities for Government, and engage citizens and businesses to be part of the Smart Nation journey.

Mr Tan is also a Deputy Secretary in Strategy Group and oversees issues related to data, technology and climate change.

Mr Tan is an engineer by training, having graduated from the University College London in 1997 with a Bachelor in Electrical and Electronic Engineering and a Master of Science in Telecommunications. He also completed the 1-year Sloan Program at the Stanford Graduate School of Business as a Fulbright Scholar. 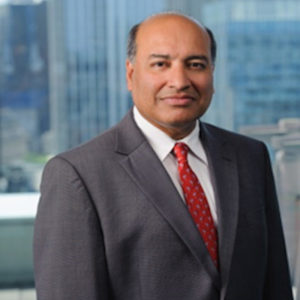 Sir Suma Chakrabarti, born in 1959 in West Bengal, India, is the sixth President of the European Bank for Reconstruction and Development (EBRD).

Sir Suma has extensive experience in international development economics and policy-making, as well as in designing and implementing wider public service reform.

Most recently he held the position of Permanent Secretary at the British Ministry of Justice and was its most senior civil servant. Prior to this, he headed the UK’s Department for International Development, also worked in the late 1990s in the UK Treasury, and in the early 2000s in the Cabinet Office. 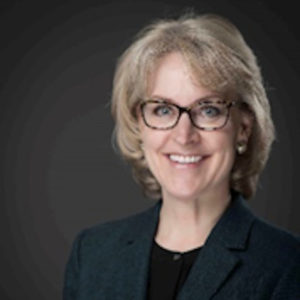 Deputy Clerk of the Privy Council and Associate Secretary to the Cabinet, Canada

Catherine Blewett was appointed Deputy Clerk of the Privy Council and Associate Secretary to the Cabinet on January 7, 2019. She is also presently serving as Canada’s representative on the High Level Panel for a Sustainable Ocean Economy.

Ms. Blewett brings a broad national perspective to her work, having grown up in Inuvik and Yellowknife, then pursuing university, raising her family, and beginning her career in Nova Scotia.

She has nearly 30 years of experience in public service, beginning in 1990 with the Departments of Finance and Intergovernmental Affairs in Nova Scotia. In 2001, Ms. Blewett entered the federal public service serving with the Atlantic Canada Opportunities Agency and Citizenship and Immigration Canada.

Ms. Blewett returned to the federal government in June 2016 as Deputy Minister of Fisheries and Oceans Canada after serving as Clerk of the Executive Council and Secretary to Cabinet in Nova Scotia, the most senior non-political official in the Government of Nova Scotia. She was the head of the public service, responsible for the overall policy, management, and human resource leadership in the province.

Ms. Blewett holds a Bachelor of Arts (Honours) and a Masters in Public Administration from Dalhousie University. 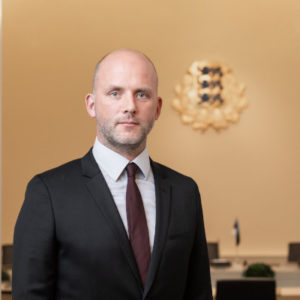 Prior to being appointed Secretary of State, Taimar was Director General of the Estonian Information System Authority (government agency responsible for core e-government systems and cyber security of Estonia). Before that, he was the Deputy Secretary General for Legal and Administrative Affairs of the Ministry of Defence.

During the period 2000–2001, Peterkop worked as a lawyer at the Government Office and from 2001–2008, at the Ministry of Defence, the first four years of which was spent in the Legal Department as Head of the Office of International Law, and the last three years as Head of the Operations and Crisis Management Department. During the period 2008–2010, Peterkop served as Defence Counsellor at the Estonian Embassy in Washington, D.C.

Taimar Peterkop is a graduate of the University of Tartu School of Law and the United States Army War College, and holds a Master’s level degree in Strategic Management. 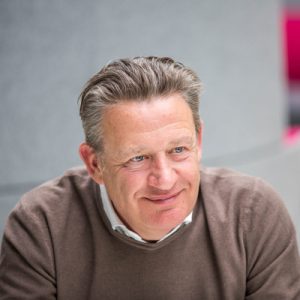 Kevin became Director General of GDS in August 2016. He was also Head of Function for Digital, Data and Technology across government, and a member of the Cabinet Office’s Executive Committee. He spent his early career in programming and IT consultancy, before becoming Global Head of Online for Vodafone Group then Business Transformation Group Director General at the Department for Work and Pensions (DWP).

In June 2019, it was announced that Kevin would be moving to become Director General of the newly-created International Government Service. He has been replaced by Alison Pritchard, GDS’s Director for EU Exit and Transformation. 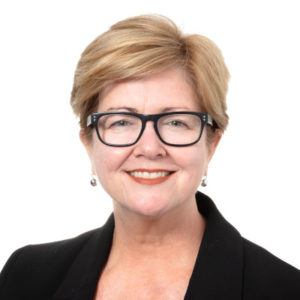 Katherine Jones is the Deputy Secretary for Business Enabling Services in the Australian Government Department of Finance. She has held that role since October 2017.

Her responsibilities include being the Chief Operating Officer for the organisation and overseeing the delivery of services and support across the department. She is also responsible for delivering whole of government digital systems to support collaboration and customer service, including the innovative GovTeams platform.

Katherine has practical experience in delivering shared services in government. She is responsible for the Service Delivery Office, a shared service hub which delivers digital corporate services to 15 public sector agencies. This includes responsibility for the Productivity and Automation Centre of Excellence (PACE) that supports government agencies to achieve enhanced business management practices and process automation.

She has previously held senior positions in the Attorney-General’s Department including as the Deputy Secretary responsible for National Security, Criminal Justice and Emergency Management, the head of the International Crime Cooperation Division and the head of the Social Inclusion Division with responsibility for policy and programs across Indigenous justice, native title, legal assistance and human rights. In 2017, Katherine received a Public Service Medal for her outstanding contribution in the field of national security.

Before joining the public service in 1999, Katherine spent more than a decade in educational and academic publishing as a sponsoring editor and publisher at the McGraw Hill Book Co. 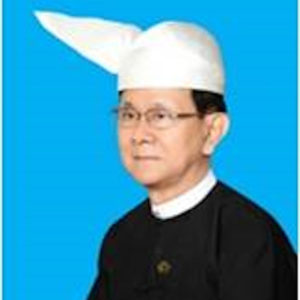 Mr. Win Thein, Chairman of the Union Civil Service Board, was born on 11 August 1948 in Yangon. He is the son of Toe Tet Yay U Thein (1st Class Order of the Star for Independence) and Daw Ma Ma Lay(3rd Class Order of the Star for Independence). In 1965, after completion of the matriculation of his high school education at St.Paul’s High School, he was selected as Officer Cadet and underwent training at Defence Services Academy. In 1969, he graduated with a Bachelor of Science (DSA) and was appointed as Gazetted Officer in the Navy. He obtained the diploma of Higher Grade Pleadership (H.G.P) in 1976, and attended the training of Oceanography in Japan from 1978 to 1979 and computer programming courses conducted at the Computer Department of Universities in 1979. After he served in ranks in the Navy, he was transferred to serve at the Ministry of Transport in 1984.

In 1995-1996, being appointed as the National Consultant to draft “Myanmar Agenda 21” by the Head Office of United Nations Environment Programme (UNDP) (Nairobi, Kenya), through National Commission for Environmental Affairs, Myanmar. Along with his career, he also compiled about fifty research papers related with environmental conservation, education, training and contributed them through international conferences. In 2012, he was assigned as a member of the Commission on the Assessment of Legal Affairs and Special Issues at Pyithu Hluttaw (People Parliament). In 2016, he has been assigned as the Chairman of the Union Civil Service Board. 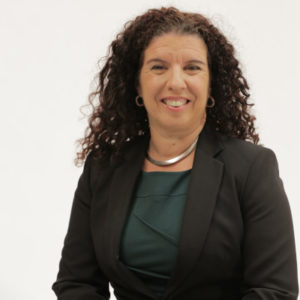 Deputy General Secretary of the Presidency of the Council of Ministers, Portugal

Catarina Romão Gonçalves is, since 2013, Deputy General Secretary of the Presidency of the Council of Ministers of Portugal.

In this position, and among other functions, she is responsible for ensuring the liaison of the Secretary General of the Presidency of the Council of Ministers with members of the Government, and their respective Offices, as well as with other entities in the public and private sector.

She is also responsible for fostering, on an ongoing basis, curiosity, innovation and change, reinforcing the General Secretariat of the Presidency of the Council of Ministers as a reference body integrated in the Portuguese CoG.

She holds a degree in Law and a Postgraduate degree in Artistic Programming Management and in her career had been also Director of two national theatres in Portugal. 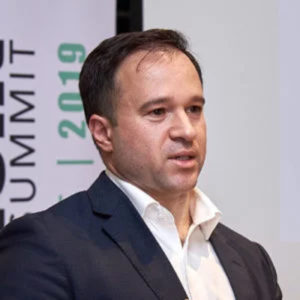 Mikhail has also recently been appointed as Head, Center of Competence for Digital Government Transformation, a top-level unit with a particular focus on government digital services established to support public sector organizations in managing their digital transformation programmes.

He previously served as the director of the Department for Strategic Planning, Government Programs and Investment Projects at the Ministry of Economic Development. Prior to joining the federal government, he worked for Moscow city government as the Head of Economic Policy and Development.

Mr Priyadilnikov studied economics and philosophy in the USA and was awarded a PhD in government and political science by Harvard University. He was a Post-Doctoral Fellow at Harvard’s Davis Center for Russian and Eurasian Studies, and a Visiting Lecturer at the London School of Economics and Political Science.

Before joining the civil service, he spent 10 years as a consultant at the World Bank in Washington DC, working in the Middle East and North Africa unit on anti-corruption and civil service reforms in Lebanon, Egypt, Yemen, and the West Bank & Gaza.

Complete the form to register.